May Battles To Save Her Premiership After Chaotic Week For Brexit

Theresa May faces continued pressure and the threat of a potential vote of no confidence after a chaotic week for Brexit and the PM’s premiership. Over 20 MPs, including prominent Brexiteer, Jacob Rees Mogg, have announced that they have sent letters to the party’s 1922 committee. Under party rules, 48 letters to the committee are required to trigger a leadership election. Mrs May also faces the threat of the DUP pulling their support. The Democratic Unionist Party currently support the Conservatives to make up a majority, but they have been angered by the draft Withdrawal agreement.

Amber Rudd is back – and it’s #RuddyGood

Amber Rudd has returned to Theresa May’s cabinet, just months after resigning from her role as Home Secretary over the Windrush scandal. Rudd will be heading up the Department for Work and Pensions after Esther McVey quit the cabinet on Thursday over the PM’s draft Brexit Withdrawal Agreement. Liz Truss tweeted that Rudd’s return to the Cabinet table was #RuddyGood – though the Labour MP David Lammy said her appointment so soon after the Windrush row was “wrong”.

Barclay To Save May’s Brexit?

Conservative Party loyalist and former junior health minister, Stephen Barclay has been appointed as the new Brexit Secretary, after Dominic Raab joined many of his colleagues in resigning on Thursday over the draft Brexit Withdrawal Agreement. Mr Barclay, who has been the MP for North East Cambridgeshire since 2010, voted Leave in the EU referendum and can be seen as a fairly safe choice for Theresa May, as he has no political power base of his own. Barclay is the third Brexit secretary after both David Davis and Dominic Raab have resigned this year.

Daily Express – Theresa May calls in calvary to fight coup

Financial Times – Brexit: The Week It All Went Wrong

i – Downing Street on red alert for rebel mutiny

The Guardian – Austerity has inflicted misery on people – UN

The Times – May calls on old friends as rebellion threat grows

PMQs will take place today in the Commons, and it is set to be a spicy session as Mrs May will be grilled over her draft Brexit agreement by MPs. (this is a placeholder)

Sainsbury’s has become the first UK high street supermarket to stock edible insects. Barbecue-flavour roasted crickets are being put on sale in 250 stores across the country from Sunday. 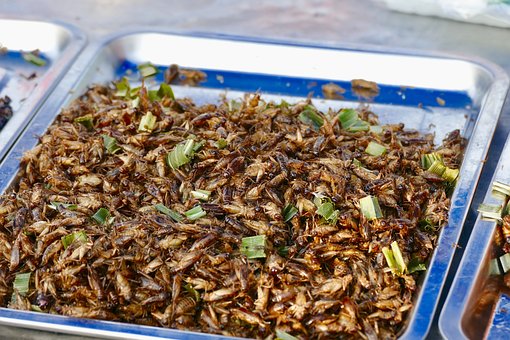