Theresa May faces opposition on her Brexit Political Declaration

Theresa May has revealed a 26-page draft text setting out the UK’s future relationship with the European Union, after UK and EU officials agreed to it in principle on Thursday. However, just like the 585 page Brexit Withdrawal Agreement, the document and Mrs May have faced heavy criticism. The leader of the opposition, Jeremy Corbyn, described the document as “waffle” and representing the “worst of all worlds”. Dr Phillip Lee MP tweeted his thoughts about the document, saying “The letter has got longer and yet remains a wish list. The #PoliticalDeclaration still reads like a #LettertoSanta. Meanwhile, Ian Blackford from the SNP accused the Prime Minister of bringing back a deal which sees “Scotland’s fishing rights thrown overboard as if they were discarded fish”. Next up, Brussels on Sunday where EU leaders are due to meet for an extraordinary summit to sign off the agreement. However, it is has been suggested Spain may veto the agreement and Angela Merkel may not turn up for fears that the summit may turn into yet more negotiating.

MI5 “too slow” and “missed chances” to prevent Manchester bombings

MI5 counter-terrorism police missed chances to prevent the 2017 Manchester Arena attack through a series of failings in the handling of the bomber, Salman Abedi, a parliamentary watchdog has concluded. Thirty-six people died and hundreds more were injured when Abedi detonated a homemade bomb in the foyer of the Arena on 22 May last year as the Ariana Grande concert was finishing. Abedi visited a known extremist contact in prison on more than one occasion, however, no follow-up action was taken by either MI5 or counter-terror police. In a report on the five terrorist attacks in 2017, the intelligence and security committee (ISC) singled out the handling of Abedi’s case by MI5 and counter-terrorism police for damming crisis.

With Brexit approaching, the terms of leaving get ironed out

As the formal date for Brexit approaches, 29 March 2019, a more comprehensive list of what the relationship between the UK and EU has been made, one that continues to elucidate what will change between the two groups. Of main concern in a newly released 26-page political declaration, is securing the four freedoms, the free of movement goods, services, capital and people, along with a reminder about what the 2016 referendum stood for, that being an independent trade policy and ending free movement between the people of the UK and EU. Also worth noting is how the draft document is not a comprehensive list, and as more official talks begin, more will need to be added, but one thing made clear is that whatever is decided, it should not interfere with the sovereignty of the UK. Nothing in the document will be legally binding, and must be approved on by the 28 EU members as a draft, and the actual negotiations in the draft will not take place until after the official Brexit at the end of March. 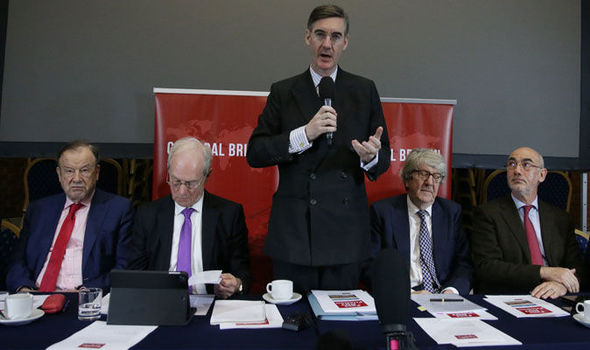 The Metro – Theresa May says Brexit deal ‘is within our grasp’

i – Philip Hammond concedes Brexit will make UK poorer: ‘This isn’t only about economics’

It’s set to be a busy day in Parliament with plenty of bills to go through the legislative process, and it is also likely to be a busy day for Theresa May, as she bids to make final negotiations before the EU summit on Sunday.

Virgin Atlantic is in talks to buy regional airline Flybe. According to Sky News, it is thought Virgin is interested in this surprise takeover in order to “feed passenger traffic into Virgin Atlantic’s long-haul network, as well as its access to valuable take-off and landing slots at London Heathrow Airport which are ring-fenced for domestic flights.”